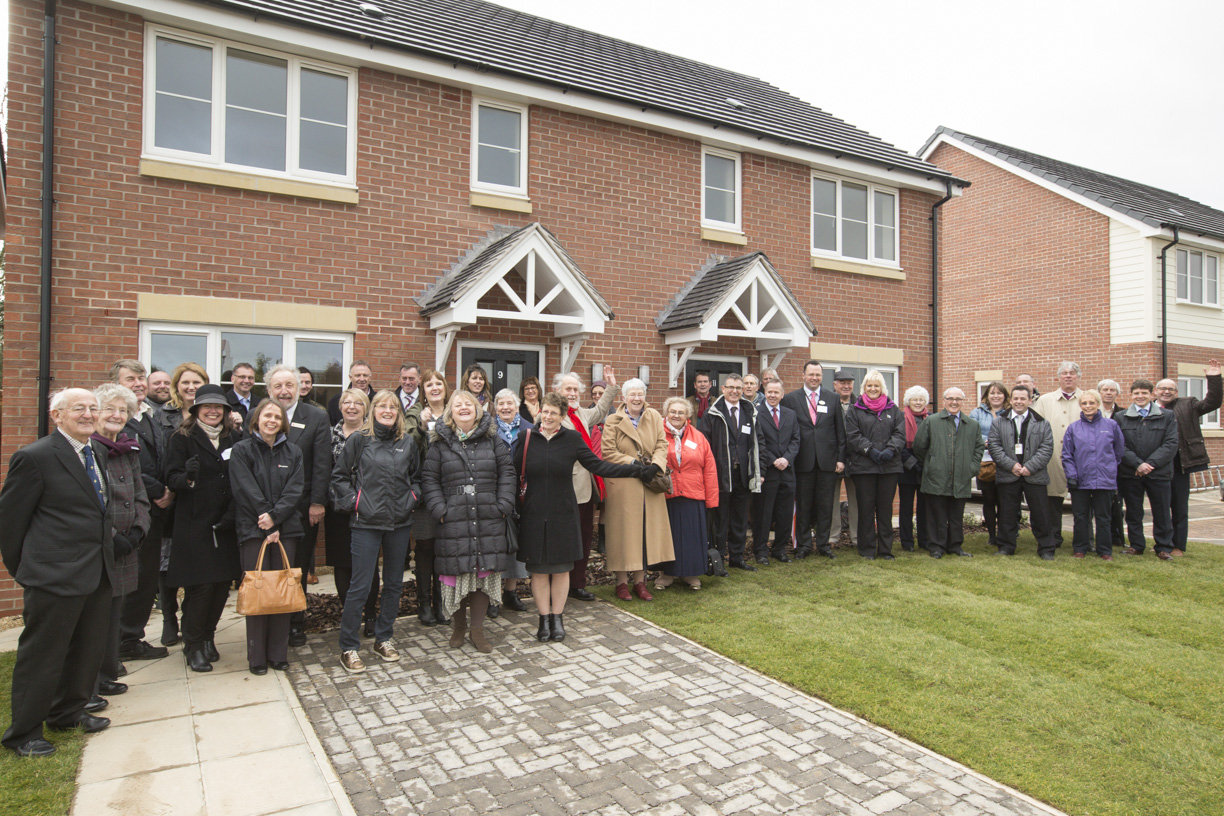 Wilsford is a small village of less than 400 inhabitants, situated between Grantham and Sleaford in the county of Lincolnshire.
In 2009 Wilsford Parish Council worked in partnership with the Rural Housing Enabler to identify whether there was anyone living in their village who was in need of affordable housing, or anyone who had been forced to move away from the village because they could not afford to live there. The Rural Housing Enabler carried out the research on behalf of the Parish Council and concluded that there were six households with a connection to Wilsford that were in affordable housing need. The Parish Council, the RHE and North Kesteven District Council then set about identifying suitable sites for building a small number of affordable homes.
Through a quirk of history, the village hall in Wilsford was not owned by the village; instead it was leased to the village by the County Council at a nominal rent. The lease had only been arranged recently and the lack of a formal legal interest in the hall had made it difficult for the village hall trustees to raise finance and keep the hall facilities up to date. The village hall sat at one side of a larger plot of vacant land – also owned by the County Council – that would lend itself to a small housing development…
A plan was devised to form a Community Land Trust for Wilsford that could acquire not only a site for housing but also the freehold of the village hall. A public meeting was held early in 2012 and a Community Land Trust Steering Group was formed, consisting of members of the public, Parish Councilors and Village Hall Trustees. The Steering Group then set about the formation of a CLT for Wilsford and engaging with Housing Associations and Developers to bring forward a housing scheme. The Steering Group formed the CLT in spring 2013, setting up as an Industrial & Provident Society for the Benefit of the Community. A partnership between the CLT and Lincolnshire Rural Housing Association and Westleigh Developments was established. Early plans involved the wholesale demolition and reconstruction of the village hall, but it became apparent that without considerable additional funding it would not be possible to do this at the same time as the housing development but the final scheme leaves this possibility open for the future.
The housing scheme needed community-led grant funding from the Homes & Communities Agency in order to proceed. To access this grant the CLT had to prove its community credentials to the HCA, which it did with flying colours.
Even without the reconstruction of the village hall, creating a financially viable scheme was challenging. To get to that position, the CLT successfully secured additional grant funding from North Kesteven District Council and accepted that the scheme had to be slightly larger in number than the six homes that were originally planned. A scheme of 10 family homes was agreed, along with a site layout that gives the opportunity for the village hall to either be refurbished where it currently stands or to relocate to an adjacent site.
By partnering with a Housing Association, Wilsford CLT did not have to undertake the potentially risky and costly process of submitting a planning application. Following extensive public consultation carried out by the CLT in the early part of 2013, Westleigh Developments submitted the application on behalf of Wilsford CLT and Lincs Rural HA in the summer of 2013. There was not a single objection to the application and planning permission was granted in the autumn of 2013.
A key aim of the CLT was to ensure that any homes that were built were not only affordable but prioritised for local people with a connection to Wilsford. The CLT successfully negotiated a legal agreement (Section 106 agreement) with the District Council and the Housing Association that ensures that people and families with a local connection to Wilsford will have priority.
In December 2013 Wilsford CLT purchased the entire site – including the village hall – from Lincolnshire County Council, a long lease having already been drawn up between the County Council and the Housing Association. In other words, the CLT was now landlord to the Housing Association. The CLT will receive an index-linked ground-rent from the Housing Association for the life of the lease (125 years).
Construction started in July 2014 and the homes were completed and ready for occupation in March 2015.
EMCLH (formerly LCLT) supported Wilsford CLT throughout the whole process, including brokering the partnership between PCLT and Lincolnshire Rural Housing Association; CLT Business Planning; legal format and incorporation of the CLT; raising CLT’s conveyancing and incorporation costs; attracting community-led grant from the HCA; site finding and negotiation; supporting the CLT through planning discussions with the local authority. 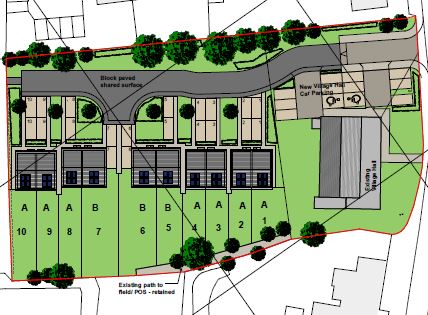 Plans showing the final layout of the 10 new homes for rent and the location of the existing Village Hall which was transferred from the ownership of the County Council to Wilsford CLT.